That’s the scenario for Hunslet head coach Gary Thornton and prop Zach Johnson after the latter put pen to paper on a one-year deal with the Betfred League 1 title hopefuls.

Johnson, 28, who will in the side for Sunday’s pre-season hit-out with Bradford Bulls at the South Leeds Stadium (3.00pm) – when every available member of the squad will be granted game-time – has been in Thornton’s eye-line for some time but, for one reason or another, has never previously come under the wing of the wily Hunslet boss.

He said: “GT and I have spoken regularly over the years. He tried to sign me a few times but nothing came of our previous discussions, when he was at York and I was playing for Swinton and, later, when he was at Doncaster and I was with Dewsbury.

“This time we had a coffee and a good chat and it all came together. I’m maybe in my prime right now. I’ve got plenty of experience behind me, I’ve recently enjoyed a spell at Thornhill in the National Conference League, and I’ve got several good years left in the tank.”

He continued: “I bring a lot of go-forward and aggression, plus I can help bring on the younger players in the side.

“The spirit here is superb. Everyone’s bought into a collective unit, rather than us being a bunch of 17 super-stars. We’re hopefully putting in building blocks for the long-term, and we’re aiming to return to the Championship.”

He concluded: “It’s good to be back. I spent four games here on loan a few years ago, under Matt Bramald, when I played through a rib cartilage injury. This time I’m fully fit and raring to go, and I’m really looking forward to Sunday’s game. It’s a match we’re aiming to win; it may be classed as a friendly but the reality is that there’s no such thing as a friendly in Rugby League, plus we’re all aiming to make in impression in the build-up to the start of the League 1 campaign on February.”

Thornton said: “Zach is very experienced, a big strong prop who will complement our younger guys.

“We have a real mixture in the front row which gives us lots of options.

“He knows that, having had a spell out of the pro ranks, he has to be on top of his fitness levels to push himself into the team but he has shown a great attitude to pre-season training and he’s chomping at the bit to show what he can do in the warm-up games.

“He will provide a big challenge to the other front rowers and we now have plenty of competition for places.” 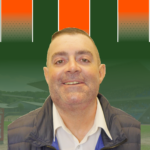 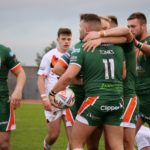 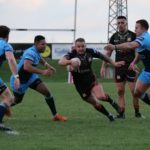