Hunslet to launch 2020 with blockbuster visit from Bradford Bulls 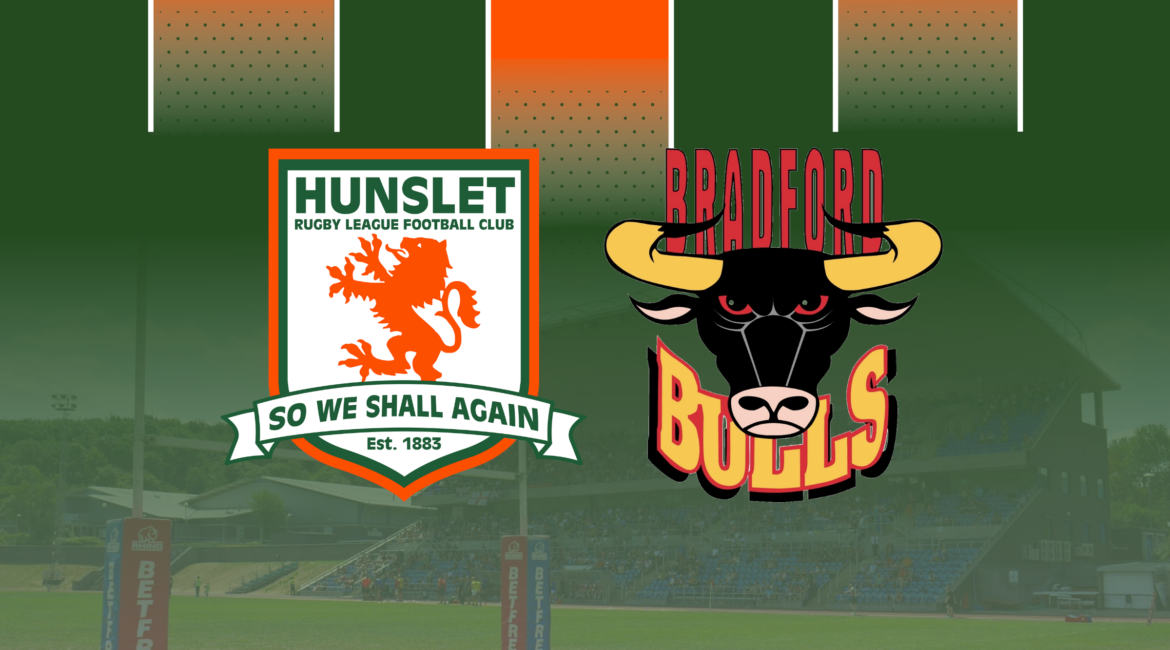 Hunslet will make an explosive start to the 2020 season with a `friendly’ against BetFred Championship outfit Bradford Bulls.

Gary Thornton’s squad will have their first hit out preparation for the 2020 Betfred League 1 campaign in the exciting home fixture at South Leeds Stadium on Sunday 5 January, 3 pm Kick off.

The fixture is a valuable fund raising opportunity for Supporter Owned Hunslet who are hopeful of a large and supportive gate of home and Bulls supporters .

The match sees the fulfilment of the agreed Transfer fee that saw George Flanagan depart South Leeds Stadium for Odsal in early 2018.

The board of Hunslet RLFC said: “We’re delighted to have this great fixture at home to begin our 2020 season preparation and in doing so finalise the transaction of nearly 2 years ago.

“Our supporters are doing a great job of getting behind the club and taking up memberships to give us the best chance of a strong and sustainable model during this period of change, and for a self-sustainable supporter owned club, fixtures of this nature and the support of larger clubs with large passionate support are incredibly important.”

“They have shown a sincere effort to honour a long standing agreement and make room for this match in a busy pre-season for their club .

“We look forward to welcoming The Bulls club and supporters and will be providing our fantastic hospitality packages to welcome in the new year with a great afternoon of Rugby.”

The Bradford Bulls board said: “We are pleased to link up with another traditional West Yorkshire club and test ourselves against a good outfit ahead of the 2020 season.

“It will be a great opportunity for the Bradford supporters to have a look at the squad ahead of the new campaign and hope they travel in decent numbers and create a fantastic atmosphere for a West Yorkshire derby.”

Hunslet can also confirm that our Betfred League 1 home fixture against Barrow Raiders has now been  rearranged from Sunday 31st May to Saturday 06th June 3pm due to stadium unavailability.

A range of membership packages are on offer to suit all budgets, ranging from the recently-launched `Spirit of 73’ Geoff Gunney Membership (in homage to the all-time great who helped launch New Hunslet following the sale of Parkside in 1973), which costs from £5 per month, to the £50 per month Frank Watson VIP membership, which secures a season ticket, match-day hospitality and a seat at the directors’ table at an away match.

All packages can be purchased on-line by clicking here, by ringing 0113 271 2730, or by calling at the club’s offices at the South Leeds Stadium.