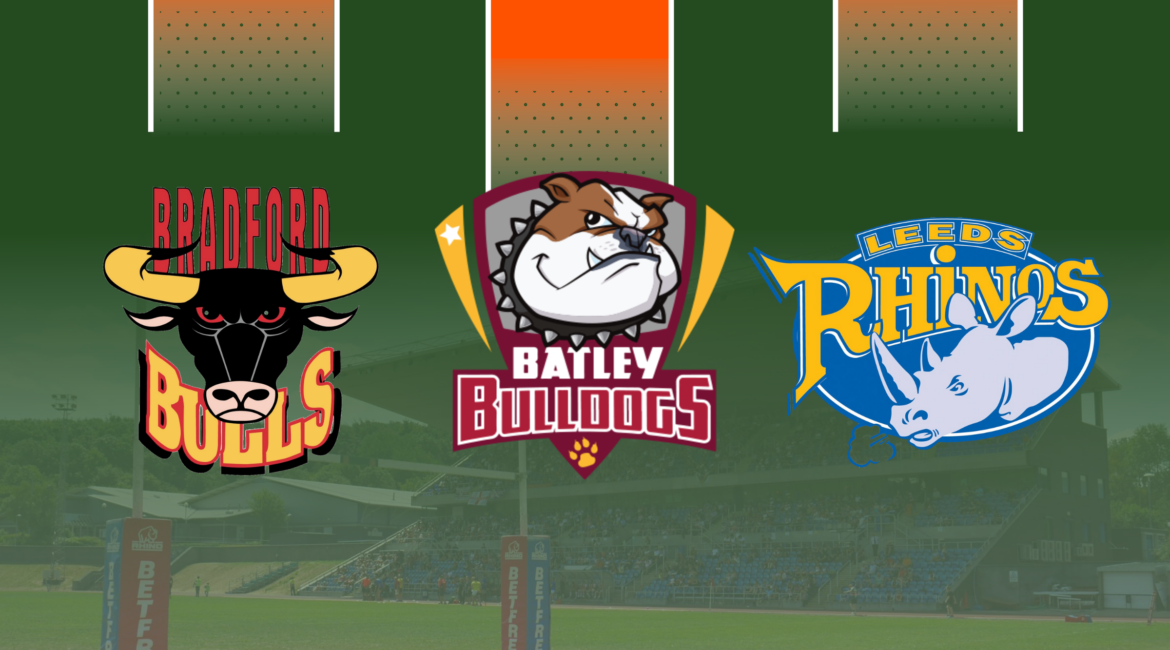 Hunslet can now confirm a mouth-watering January at the South Leeds Stadium, with three pre-season friendlies in place ahead of the 2020 Betfred League 1 campaign.

The Parksiders announced, last week, a blockbuster of a clash with Bradford Bulls on Sunday 5 January (3.00pm) – and that game is to be followed by equally exciting hit-outs against Batley Bulldogs and Leeds Rhinos.

Big crowds are expected at all three fixtures – especially as supporter-owned Hunslet have issued a clarion call for fans to boost finances by getting firmly behind the club.

Supporters, whose imagination has already been fired by the Bradford game, will also have plenty to look forward to when the Bulldogs and the Rhinos travel to the South Leeds Stadium.

The visit of Betfred Championship outfit Batley on Sunday 12 January – like the Bradford game, with a 3.00pm kick-off – means a great deal to Hunslet’s coaches Gary Thornton, Gary Barnett and Mark Cass, all of whom enjoyed fine careers at Mount Pleasant.

Home supporters, too, have happy memories of Batley, who hospitably hosted Hunslet’s home fixtures for a spell in the early 1980s.

A big crowd is anticipated for the clash – and for the historic fixture with Leeds on Friday 31 January (7.30pm).

The traditional pre-season game between the old city rivals – which in recent years has been played for the Harry Jepson OBE Memorial Trophy in honour of the legendary administrative figure who served both clubs with great distinction – has a long history.

Previously contested for the Lazenby Cup, the match dates back over a century and has invariably been closely fought.

That’s certainly been the case in recent times, Super League outfit Leeds invariably fielding a young, talented side for an intriguing and exciting tilt against Hunslet’s more experienced players.

Admission to the Bradford and Batley games is £10 adults and £5 concessions (under 16s free).

Entry costs are the same for the Leeds game although Hunslet are inviting spectators to make a further voluntary donation towards the continued running of the club as a supporters-run model.

Hunslet are offering a range of membership packages to suit all budgets, ranging from the recently-launched `Spirit of 73’ Geoff Gunney Membership (in homage to the all-time great who helped launch New Hunslet following the sale of Parkside in 1973), which costs from £5 per month, to the £50 per month Frank Watson VIP membership, which secures a season ticket, match-day hospitality and a seat at the directors’ table at an away match.